The little girl was becoming confused and bewildered.
The nursery assistant kept taking her crayon away before she’d even had a chance to finish writing her name r u…
Was she playing with her?
She didn’t think so.

“No no! that’s not right is it? watch me, let me show you again!
c a t ”.
But the little girl was trying hard to show her she could write her name.
r u , she began again.
The kind nursery assistant gave up and went to play with another child, no doubt a more satisfying one.
Ruby felt sad and confused, she was trying her best and she knew it was the teacher that was doing it wrong not her.

At home time Ruby had noticed all the other little boys and girls had a peg with their own name on to hang their tiny coats.

She wished she had her own peg instead of the one belonging to Cate, She was always absent when the register was called anyway…

Every day the same thing happened, AMANDA? Yes Miss! BOBBY? Yes Miss! CATE? CATE? then some other child would usually say “she’s here Miss” all eyes would be on Ruby and the mood would turn anxious and impatient, she didn’t know why!

Ruby waited and waited but she never once heard her name called, sometimes at the end of the register she would put her hand up and tell the teacher she was there, and everyone would snicker, it was like she was the invisible girl.

She clutched her coat tightly and waited impatiently for her big brother to come and collect her and take her home in the pram.

Later that night tucked up in her little bed with a glass bottle of cola with a straw, a Mars bar and her weekly copy of “Twinkle the picture paper specially for little girls” she’d read herself the latest instalments from Nurse Nancy and her favourite, little Patsy Pickle.

She absolutely loved to read, She’d read anything she could! Cereal boxes, tins of soup, anything her intelligent eyes landed on.
Her parents were so proud of their little Ruby, such a clever child, surely she’d go far?

If only they’d thought to tell her, her real name (outside the house) was Cate!

I was surprised when I saw today’s daily prompt word: Rube

For me it is a name, for a while it was my name… Rube, Rubes, Ruby!

I’ve since found out the true definition is a country bumpkin and given my awkward disjointed early start, that revelation seems rather apt.

If I’m truly honest the thing that still really upsets me, is that nobody took the time to ask the right questions, they just assumed I was daft.

My newly emerging character could of been so different, so much more confident if I hadn’t become that invisible child…

I'd love to hear from you. Cancel reply

This site uses Akismet to reduce spam. Learn how your comment data is processed. 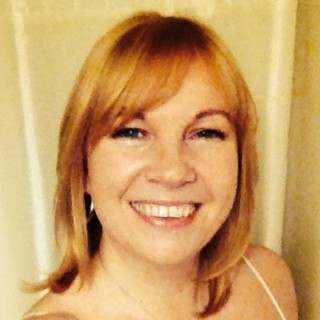 For posts hot of the press subscribe to feeds here 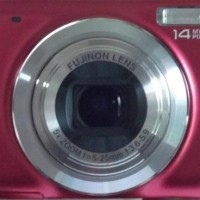 A warm Welcome From CJM

All material exclusively written by

The courage to write, allow wellbeing, love, and be free.

Highs and lows of life.

Just trying to find me between the pages, into the wild I go to lose my mind and find my soul.

Ideas And Recipes For Your Kitchen

The sound of a switchblade and a motorbike.

Most Fun Here
At the time of writing
Emerald Metropolis

“…people are just drinking the pounds away?!?”

Notes on a life

Hello, I am Amaan Khan and this is my complete Portfolio | Weekly fiction and personal writings

Personal Musings of a versatile femme

The courage to write, allow wellbeing, love, and be free.

Highs and lows of life.

Just trying to find me between the pages, into the wild I go to lose my mind and find my soul.

Ideas And Recipes For Your Kitchen

The sound of a switchblade and a motorbike.

Most Fun Here
At the time of writing
Emerald Metropolis

“…people are just drinking the pounds away?!?”

Notes on a life